Built in 1891 from stone quarried in Motley County, the historic jail with only 20 sheriffs since the county was organized, was occupied by law enforcement until the early 1980s. The Texas Rangers imposed Martial Law during the late 1800s to settle disputes between the early-day ranchers and the new settlers. The first four sheriffs (1891- 1894) of Motley County died with their boots on. The 2-story, brown sandstone structure had living quarters for the jailer on the first floor; and two, 4-men cells and hanging gallows on the second floor. It is a recorded Texas Historic Landmark, currently in Phase II renovation, funded by the Texas Historical Commission and private donations. 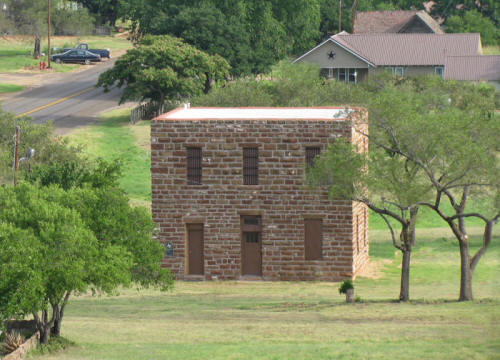 The first four sheriffs of Motley County (1891-1894) died with their boots on. Sheriff Joe Beckham turned outlaw, murdered his predecessor, and was hunted down and killed by the Texas Rangers in a gun battle at a dugout in Indian Territory in 1893. Thus began the early-day violent history of this county when disputes were settled by the Six Shooter; and law and order and crime and chaos were sometimes one in the same.

Shortly after the official establishment of the county in 1891, the Matador Land and Cattle Company reported the first fatal gun battle. The shooting occurred at the ranch when a Mr. McCloud shot Jeff Varner, the first man to be buried in the local cemetery. It is reported that this incident resulted in the speedy construction of the jail. The brown limestone that was used for the edifice was hauled in wagons from Salt Creek, five miles west of Matador. The early-day pioneer county officials hired two local contractors, and the new building was erected in record time to harbor criminals. The small structure was built on the banks of Ballard Creek, an old Indian Encampment. 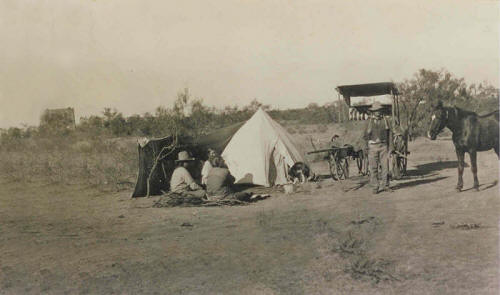 The two-story structure had an office and living quarters for the jailer on first floor and two 4-men cells on the second floor; a private cell used to house the criminally insane until they could be removed to the state hospital; and the hanging gallows. The gallows were never used, but they provide an interesting anecdote to the history of the jail. 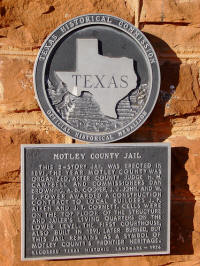 Historians report that Digger Danby narrowly escaped his date with the gallows by pure chance and opportunity, and the fact that he was the best well “diviner” and digger in the county. While awaiting his fate at the gallows, he was allowed to leave the jail periodically to help the settlers dig their wells. Rumor has it that he disappeared one day while on such a mission and “deprived the jail of the only opportunity they had to boast of a hanging.” Later, the trap-door was sealed when the state prohibited hanging by local authorities.

The jail also had a “run-around” that opened onto the street. According to legend, the cowboys who had been thrown in jail for getting drunk and shooting up the town would call out “hello out there” to passersby in the hopes of getting a cigarette. A former resident related this tale to William Saroyan, an American author (1908-1981) who wrote a short one-act play in 1942 entitled: “Hello Out There.” In 2005 a screenplay based on this work entitled, The Lonesome Matador was presented at the Sundance Film Festival.

Visiting museums and historic sites are some of the most popular activities for travelers in the United States. Communities have found that sites developed for heritage tourism help provide revenues from sales tax derived from lodging and meals, while providing the visitor with positive images of the community.

The Five Principles of heritage tourism outlined by the Texas Historical Commission are:

This website is about the Nolan County Jail which is located in Sweetwater, Texas. Have you been here before? Tell us about it by clicking here. How Do You Locate An Inmate: You can call the Nolan County Sheriff’s office at 325-235-5471 to obtain inmate information. You can also Where Is The Jail Located: What… 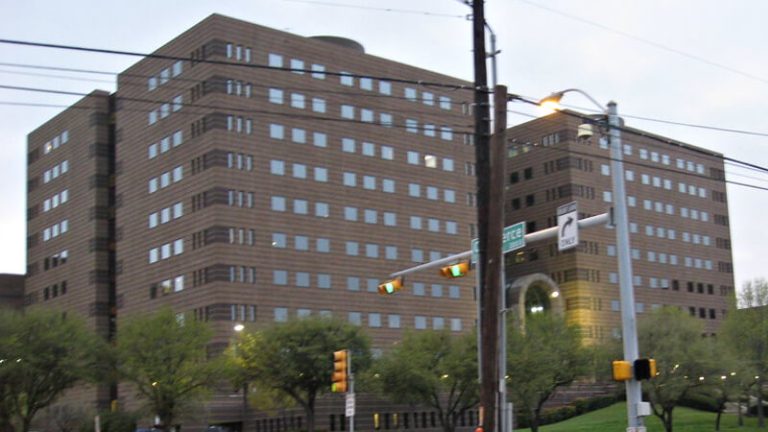 This page is dedicated to the Dallas County Jail also known as Lew Sterrett Justice Center in Dallas, Texas. Have you been here before? Tell us about it by clicking here. The Dallas County Jail houses inmates at North Tower, West Tower, and Kay’s Tower. How Do You Locate An Inmate There are three ways…

The El Paso County Jail is actually two separate facilities-the Downtown Jail and the Jail Annex. Have you been here before? Tell us about it by clicking here. How Do You Locate An Inmate: You can locate an inmate in two ways.  You can call the two El Paso County jails or you can search…