Laws requiring jail time for drug abuse and drug-related criminal activity have been around since the 1970s. Since that time, much has been learned about alcohol and drug addiction and how these substances affect the body. Armed with this new knowledge, lawmakers have gradually changed their views on how to best reduce the high incidence of drug-related crimes. 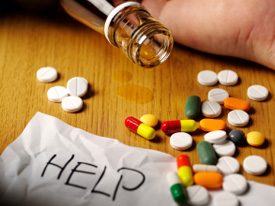 If you suffer from an addiction to alcohol and/or drugs, you already know how hard it can be to hold onto a job, maintain friendships and be there for your family while battling with addictive behaviors. It’s not uncommon for a person to lose the things that matter the most as addiction slowly takes over.

Fortunately, those who find themselves facing criminal charges due to an addiction may be able to enter a rehabilitation program instead of serving jail time.

During the 1960s and 70s, New York saw a steady increase of drug-related crimes. Time Magazine cites a 31-percent increase in drug arrest rates in New York between the years 1960 and 1972 alone. In an attempt to curb drug-related crime rates, Governor Nelson Rockefeller developed rehabilitation programs for addicts that eventually proved too costly to maintain. These events led to the enactment of the Rockefeller Drug Law.

The Rockefeller drug law imposes a 15-year-to-life jail sentence for anyone in possession of four or more ounces of narcotics. Interestingly enough, this length of jail time is equal to a second-degree murder conviction. These measures were enacted as a way to reduce or eliminate drug crimes altogether.

Not surprisingly, the passing of the law resulted in more drug convictions, though drug-related crime rates remained unaffected. Over time, critics began to draw attention to the ineffectiveness of the law and its inability to address the root of the problem – addiction. In addition, the significant increase in recidivism rates or the likelihood of someone re-entering jail for the same crime caused officials to re-examine the actual effects of the Rockefeller law.

These events caused law enforcement officials to modify the Rockefeller law and include alcohol and drug rehabilitation options as part of the sentencing process.

Effects of Drug Rehab Versus Jail

According to the Justice Research and Statistics Association, the effects of drug rehabilitation versus jail time had positive outcomes in the following areas:

With drug-related crimes on the rise, jails and prisons have quickly become over-populated. If you’ve committed a non-violent drug-related crime and face criminal charges, there’s a good chance a court may agree to drug rehabilitation in the place of serving jail time. As alcohol and drug addiction are now classified as diseases of the body, the legal system is more apt to lean towards rehabilitation rather than incarceration. This means you can request to be admitted to a drug rehabilitation program instead of serving time in jail.

Within the United States, each state sets its own laws and penalties for drug crimes, so a drug rehab option is only available in states with laws that incorporate drug treatment options. States that do allow for a drug rehab option may also have different requirements on how you can take advantage of this option. Some states may require you to enroll in a drug rehab program before releasing you from a jail sentence. Other court systems may already have a working relationship with local community rehab centers, in which case the court will make the referral for you.

Incarcerating someone for a non-violent drug-related crime provides a temporary means for keeping that one person from committing crimes for the duration of their sentence. But what’s happening while the person serves time in jail?

Say for instance, Joe, a first-time offender, receives a five-year jail sentence for possession of marijuana. During this five-year period, Joe is basically “living with” a large population of men who’ve also committed crimes. Many of these men may have committed crimes that were considerably worse than Joe’s. The longer Joe spends time in this group, the more likely he is to develop even worse criminal tendencies than he had when first incarcerated.

If Joe is lucky enough to get an early release within three years, one of the conditions of his release involves staying out of trouble and reporting to his parole officer on a weekly basis. As Joe has spent three years in the company of criminals, it may be more difficult for him to function as a productive citizen within the community on his own. Add to this Joe’s addiction problem and there’s a good chance he will end up using in an effort to cope with life outside of jail. At this point, the likelihood of Joe returning to jail is extremely high.

According to the U.S. Department of Justice, someone with an out-of-control addiction will commit as many as 63 crimes a year. If this number can be cut in half by referring offenders to drug rehab treatment instead of jail, crime rates can be reduced considerably.

This means a court system that convicts 200 people a year on drug-related charges can reduce the number of drug-related crimes in their district from 12,600 to 6,300 a year.

As of 1989, drug courts were added to the traditional court system process. They were created as a way to direct needed attention to the special circumstances surrounding criminal behavior and addiction problems. DrugWarFacts cites these 2011 statistics on drug court activities:

By making these changes, the court system hopes to reduce the rate of drug crimes by dealing with the roots of the problem. In effect, law officials are using addiction rehabilitation treatment as a way to reduce the actual demand for drugs on the street.

These additional services are designed to increase your chances of a successful recovery from addiction by ensuring needed essentials are made accessible to you. Some drug courts also have access to other treatment-related programs, such as methadone maintenance, detoxification and residential treatment for people who require additional forms of help during their recovery process.

So, if you’re being charged for possession of marijuana, hash or cocaine, you may be a candidate for the jail diversion program. Drug crimes involving illegal possession of prescription drugs also qualify for the program. Driving while under the influence, or DUI charges definitely qualify under the program requirements. Someone charged with possession of drug paraphernalia, attempting to purchase drugs from another or using a forged prescription to obtain drugs may also quality for the jail diversion program option.

While jail diversion programs do have certain requirements, it may still be possible for someone who committed a violence-related drug crime to qualify provided they have a lawyer who can make a case on their behalf. If a drug court is available in your area or jurisdiction, be sure to submit a request to enter drug rehabilitation in the place of serving jail time, no matter what types of charges you’re facing.

Ultimately, the better your case looks, the more likely you’ll qualify for drug rehabilitation in the place of jail. If at all possible, any footwork friends and family can do to ensure the court that you have a strong support network can go a long way towards lightening your sentence. Part of this support network may involve a rigid schedule that includes rehabilitation treatment, 12-step program participation and regular therapy sessions. In effect, the rehab treatment process provides you with the structure and guidance needed to adapt and cope within a normal, productive lifestyle.

Don’t hesitate to inquire if you’re considering a luxury Drug Rehab Instead of Jail center for yourself, a friend or a family member. Delaying will make a difficult situation even worse so please inquire today before dependence proves disastrous to you or the people you love. Our at no cost private Drug Rehab Instead of Jail help lines are available at any time of day to help you find the addiction treatments you want in the comfort you deserve.

The United States locks more of its people behind bars than any other nation. About one of every 99 people is either in jail or prison, according to a study released Thursday. The report, issued by the Pew Center on the States, notes that 2,319,258 adults were incarcerated at the start of 2019. That number…

A new law for those who write fraudulent checks hurts justice and jails. In a climate where voters want politicians and judges to be tougher on crime, South Carolina has passed a law to make the system easier on some lawbreakers and harder on jails. A state law has shortened the sentences for people who…

Hiring Complications for Felons Following incarceration obtaining a job can be a very difficult task, especially if the incarceration was due to felony charges. Many lose their former positions of employment, despite the kind of position they held. One individual stated that he lost his manager position at a grocery store chain and could not…

Bail bonds mean different things to different people. For a teen-age boy raped and kidnapped almost a year ago, it means the man accused of shattering his youth is free pending trial. “It’s frustrating,” the prosecutor in the case said. “He’s a good kid. I want it to be over so he can go on…

What a wonderful thing it would be to have our past mistakes completely erased and never to be thought of again. Many people call this repentance and rely on their respective Gods to grant them forgiveness, but for those in the legal system, penitence means expunging a record rather than forgiving. What does expungement mean?…

One of the most common crimes committed in the US is DUI, or driving under the influence. Many times people who are charged or convicted of this crime don’t even realize at the time of their offense that they were over the legal limit of alcohol in their blood content or above the legal limit…