If arrested for DWI in Texas, one of the most serious and costly charges involves drinking and driving. Fortunately, our experienced Texas bail bond company gets clients released from jail fast under a wide range legal circumstances including driving while intoxicated (DWI) or driving under the influence (DUI).

Every state in the country has its own interpretation of the terms “DWI” and “DUI.” According to Texas law, “intoxication” can refer to being under the influence of alcohol, a controlled substance, a drug, a dangerous drug, any combination of those substances, or any other substance. DWI basically includes adult drivers accused of operating a vehicle while using any type of substance including alcohol. 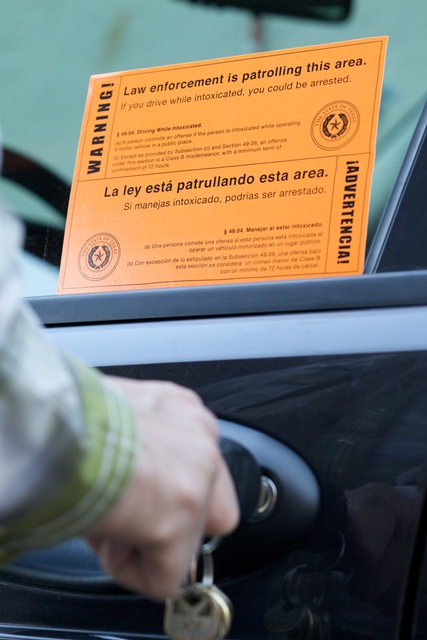 DUI is a less severe Class C misdemeanor citation given to minors (drivers under the age of 21)  who operate a motor vehicle in a public place while having any detectable amount of alcohol in their system. It is illegal for minors to purchase, attempt to purchase, possess or consume alcohol. It is also against the law for minors to misrepresent their age to obtain alcohol. Any amount of beer, wine or liquor will trigger the penalties.

A DWI conviction requires a blood alcohol level of 0.08% or above, but any driver can be cited for “driving while impaired” by drugs or lower concentrations of alcohol. A DWI arrest and conviction in Texas can cost the accused up to $17,000 or more once you add up everything from car towing, impoundment, bail, attorney fees, court costs, hearing and fees to regain and retain a driver’s license, DWI fine, probation costs, fees for extended proof of insurance, and insurance rate hikes. A smart, efficient bail bond agent helps get citizens released from jail fast, giving them more time to organize a defense and protect their driving record in Texas.

Texas employs an “implied consent” law, meaning that anyone who receives a drivers license automatically consents to a chemical test of their blood, breath or urine to determine blood alcohol content or the presence of drugs. If you refuse the test, your drivers license will be confiscated and you will be issued a temporary drivers license until your court hearing.

During the hearing, the test refusal will be used against you and the court may suspend your drivers license. If a person refuses or fails a blood or breath test following an arrest for driving while intoxicated, the person may receive a license suspension of 90 days up to 2 years, depending on the number of alcohol related contacts the person has had in the past.

For fast, professional bail bonds in Texas and surrounding communities in Texas, contact us online. Our goal is to make the bail bond process as easy and convenient as possible.